Photo time! Thanks for keeping up with these projects I hope they’re up to snuff 🙂 Just keep in mind that many of these are not quite done, so stay tuned for the final photos!

Questions regarding commissions can go here, thank you! johnsonarms76@gmail.com

I will also be posting some new videos this evening on YouTube. They show the props in this post if you’d like to see more (and hear me rattle on! Heh). A search for “Johnson Arms” on youtube should find my channel! 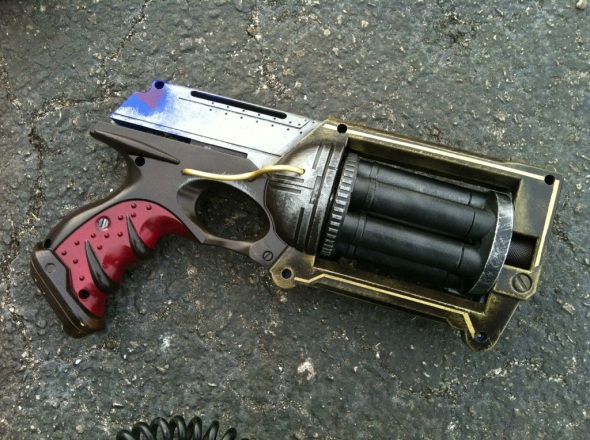 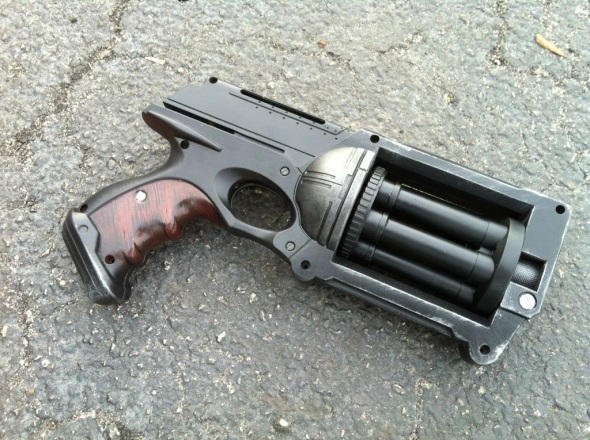 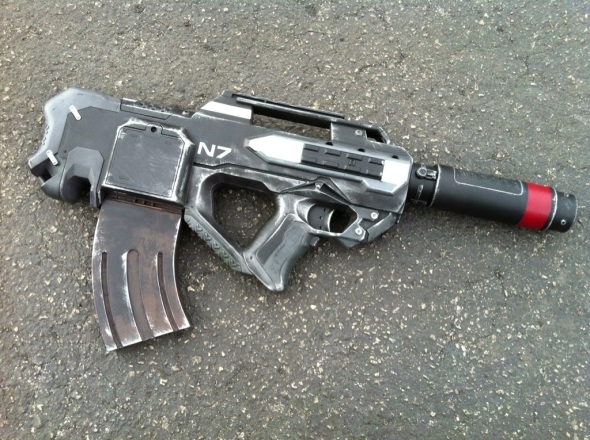 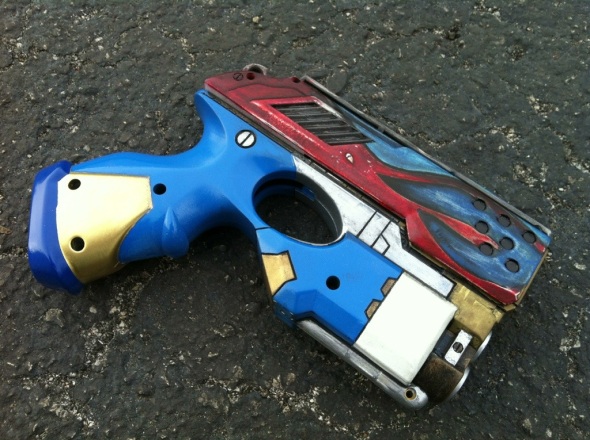 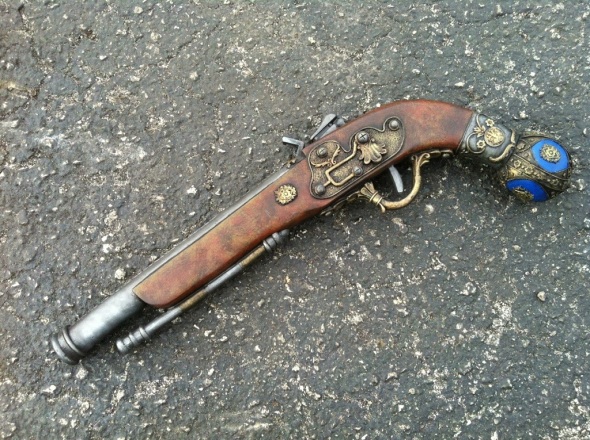 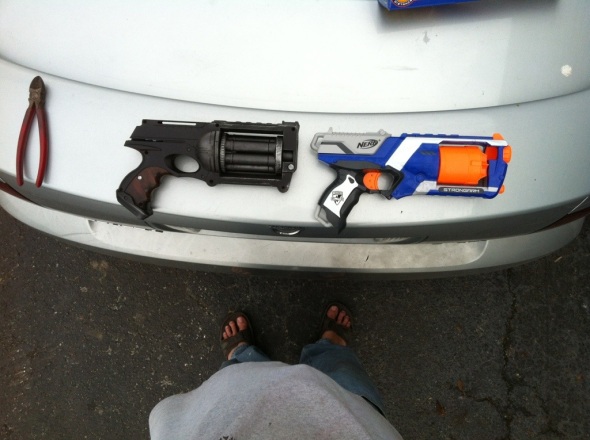 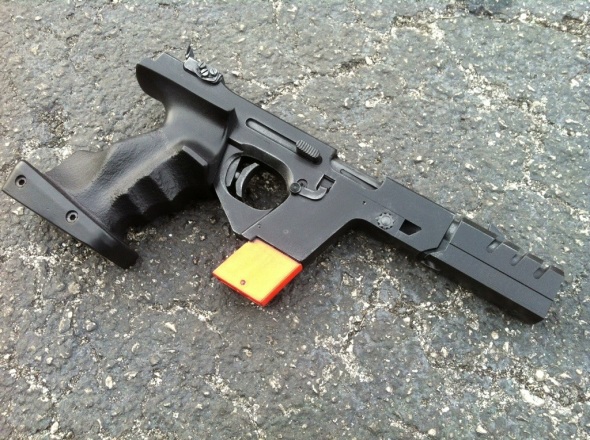 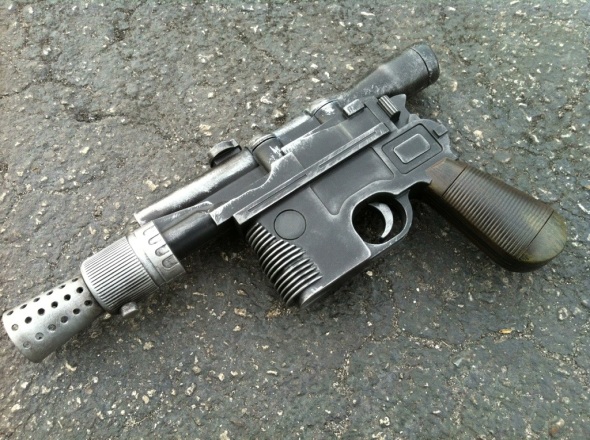 Working in the wet of Florida

I am sorry for any perceived slowdown in weapon production here at Johnson Arms. Lol The weather has been a real problem as the general high-humidity of southern Florida. All that aside, I have been keeping busy and have a few photos to show from the last week. Much more to come, promise!

All the best,
Brian 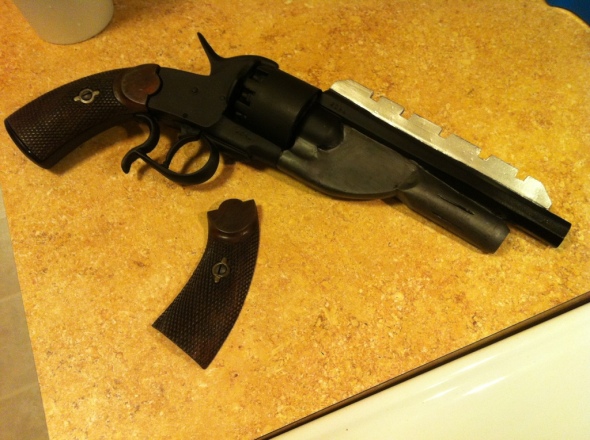 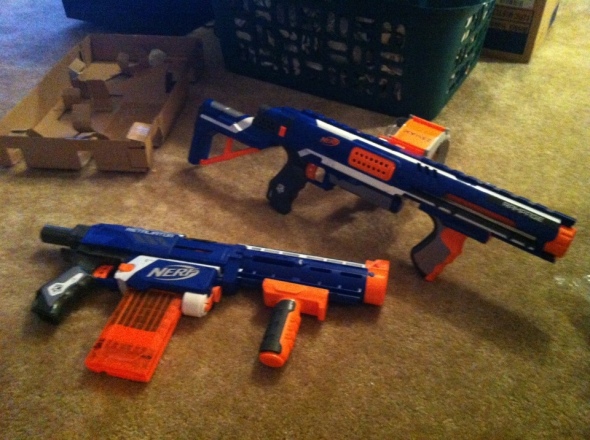 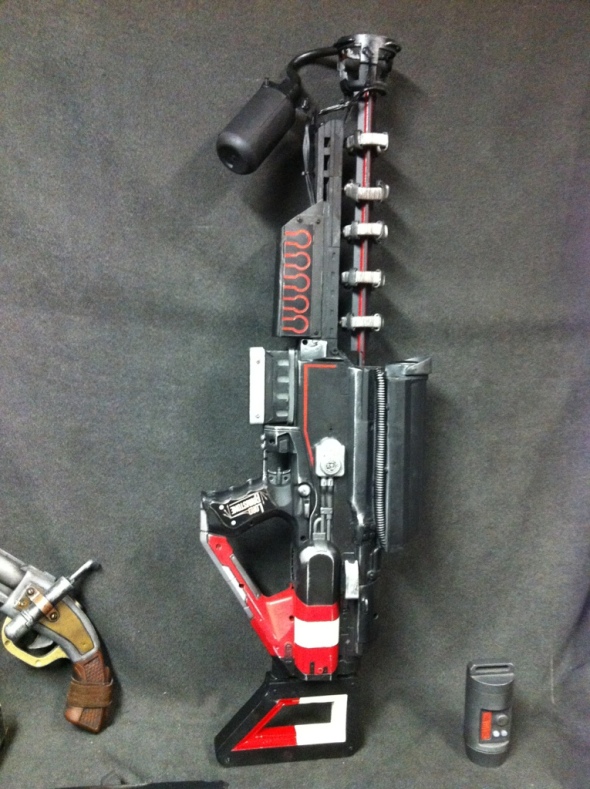 Here’s a couple new Nerf rifles, the longshot is just about finished and the stampede is about 50% done!

Happy Wednesday everyone! I just wanted to share a couple of the final photos for the converted NERF stampede. I think it came out pretty convincing, but I’ll let you all be the real judges 🙂

Thanks for following the build and stay tuned for more cool stuff! 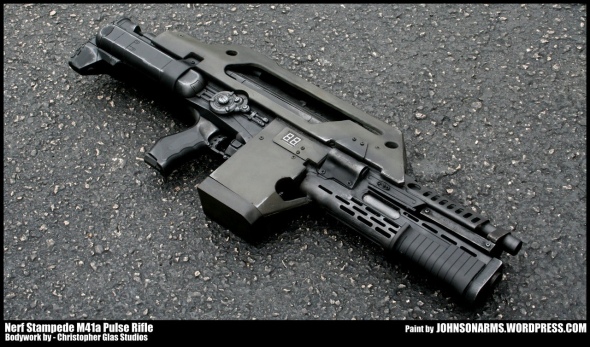 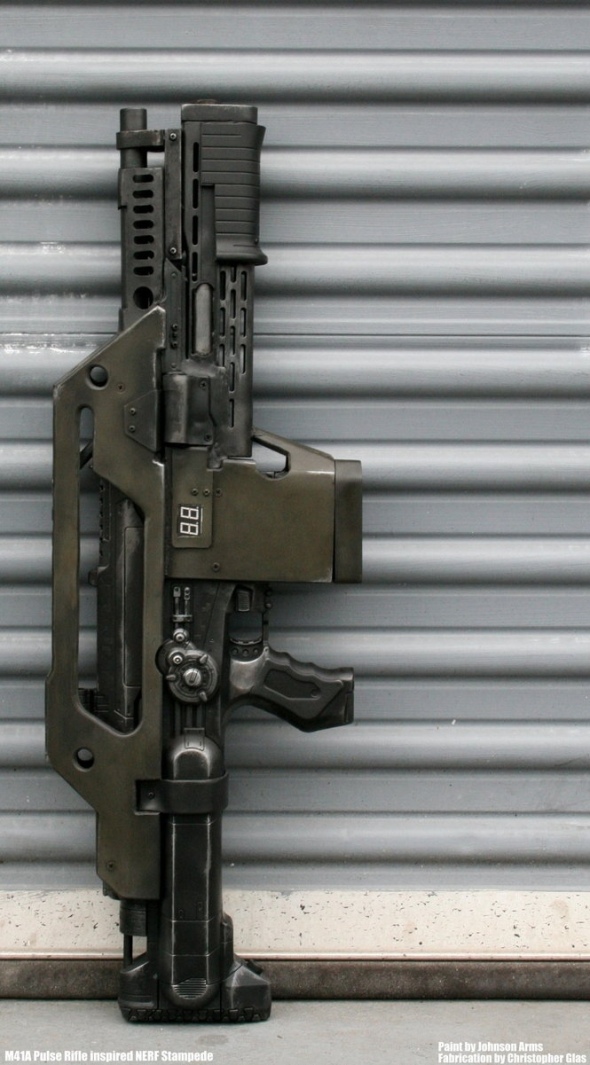 Here’s the newest Longcolt for any Trigun Fans out there! I ended up having to use aluminum pipe to support the cylinder. I also threw out the crummy nut and bolt hardware for the frame’s pivot point. It’s all fixed in place now, but it looks a lot better and it’s a hell of a lot more secure for handling 🙂

I’m ready to get after another one if anyone’s interested. Thanks!

What a difference some paint magic does, amiright?

I’ll have it finished up tomorrow do expect some finished photos soon!

So last week was a bit of a downer. It rained for about 5 days in a row and really affected my production. So I made up for that today, hehel Here are some photos from what I was able to accomplished with the sun shining. I got a lot moved along in the process and I also think I got too much sun. 🙂 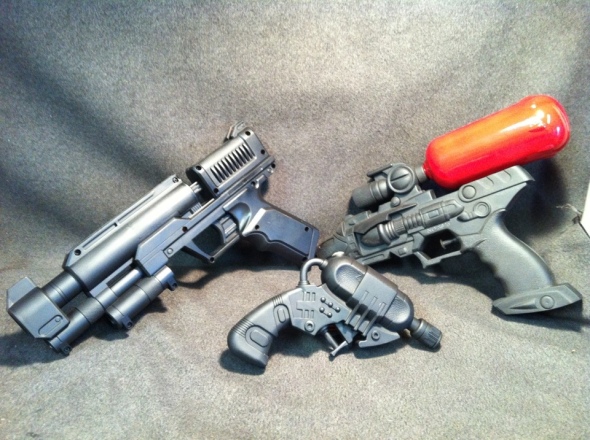 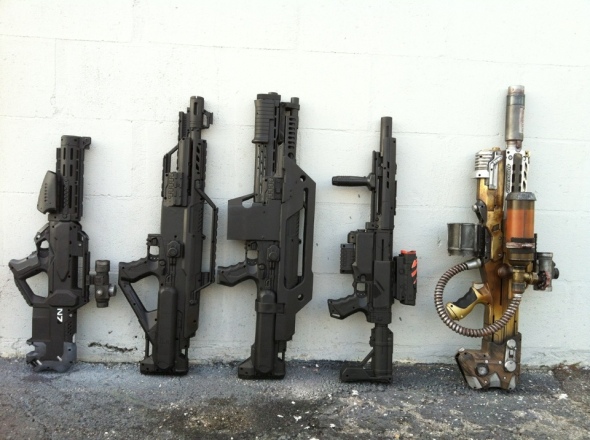 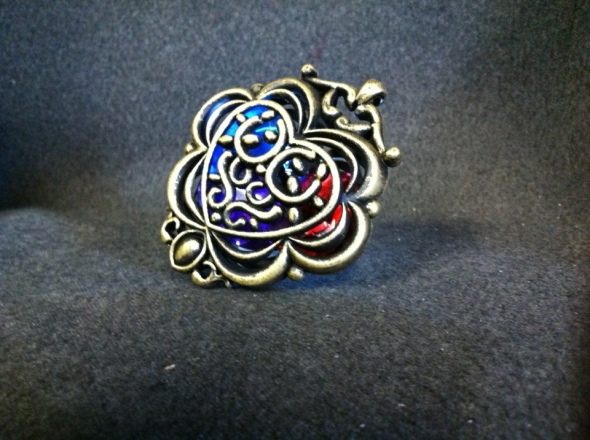 Johnson Arms
Create a free website or blog at WordPress.com.