Just a few photos from tonight’s work. This one is starting to look nice and broken-in 🙂

The others are just a few other projects that also got some attention. More on those soon! 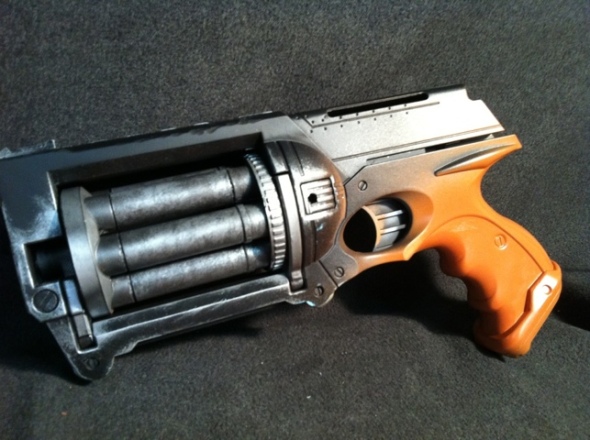 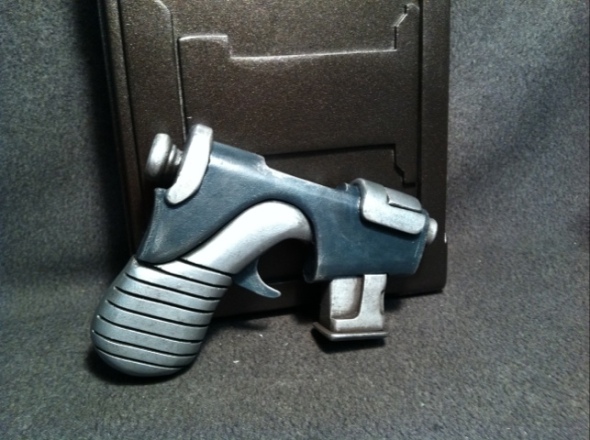 Rayven is ready for the new scheme!

Although I like the regular tactical look this has, I’m really excited to get the paint on this gun as it will be much more interesting to look at 🙂 The Mass Effect Valkyrie. The red power button will look more appropriate once thing are done just if anyone wondered 🙂

Happy Thanksgiving everyone! (Those in the US, of course, but we can all take a day to give thanks for what he have, ay?)

I’m working on a lot of new stuff, but here’s a few photos to give you guys a look. Let me know what you think!

and here’s a bonus photo of the Mass Effect 2 M5 Phalanx resin kit. Still a bit to do, but it’s getting there!

aaand here’s a photo of the second almost finished Firefly pistol. Darker grips on this one compared to the first.

I have my kids this weekend, so sorry so short.  Like you guys really read the words anyways…I know, right to the photos!  Yea..I do it too sometimes 🙂

Enjoy and have a great weekend!

Might recall the last one of these…looks good again! Score!

HALO inspired assault rifle. Recon and Longstrike, Just needs the weathering, but some people like them looking fresh

You guys and gals make this all worth it. I don’t have the money to advertise, but through your awesome sharing I’m seeing more new faces, faster, than ever before. I wish I could thank you all individually, but one problem is I don’t speak all those languages, and two, I’m not sure I’d live long enough to write all those emails 🙂 Thanks for chacking out my hobby here and I’ll be forever in you debt…debts..manI should have paid more attention in English class *grin*

Stuff that I found cool: The N7 Rifle from Mass Effect 3 by Volpin Props

Harrison Krix and his team made this awesome prop for Bioware’s Comic-con booth. They made it in about 2 weeks. Incredible work 🙂 Have a look, there’s even a speed video of some weathering of another very cool Mass Effect gun.

Check it out here!